Cardano founder Charles Hoskinson sees emerging markets as huge reservoirs of future customers, but succeeding in them depends on relationships. Cardano founder Charles Hoskinson claimed that emerging markets are where cryptocurrencies matter, and that Facebook’s announced virtual currency Libra is not going to find success in this area, according to a report by Finance Magnates … END_OF_DOCUMENT_TOKEN_TO_BE_REPLACED

Governor of Australia’s central bank said that he expects to see regulatory compliance and a solid business case before Facebook’s Libra goes mainstream. Governor of the Reserve Bank of Australia (RBA), Philip Lowe, cautions that Facebook’s announced virtual currency—Libra—may not attain mainstream usage in the near future, according to a report by Bloomberg on June … END_OF_DOCUMENT_TOKEN_TO_BE_REPLACED 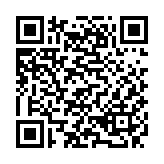