A Caucasian nation is on the path to digital transformation, and blockchain-powered identification system is one of its cornerstones. Azerbaijan has been a hotbed for a series of ambitious fintech-related announcements over the past several months, as the nation’s authorities were apparently moving to implement a series of innovative technological solutions in banking and e-government … END_OF_DOCUMENT_TOKEN_TO_BE_REPLACED

Jesse Lund, head of blockchain solutions at IBM, has just hinted that the tech company has plans to explore stablecoins in an interview with Cheddar yesterday. Lund did not disclose when this venture may debut but said it would be on its World-Wire platform. IBM and Stablecoins IBM began its venture with Stellar in late-2017 and finalized … END_OF_DOCUMENT_TOKEN_TO_BE_REPLACED

IBM’s blockchain platform is now available out of its data center in Melbourne, Australia. IBM has released its blockchain main net out of its data center located in Melbourne, Australia. This will purportedly allow their customers to run their applications on the company’s cloud, according to an article published on news outlet ZDNet on Feb … END_OF_DOCUMENT_TOKEN_TO_BE_REPLACED 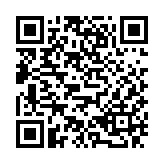