Fusion Network, a blockchain-based stablecoin exchange, has announced that $6.4 million USD worth of FSN tokens have been taken from a compromised wallet. The foundation in charge of the network revealed the theft in a blog post on Saturday, September 28. The post stated that one of the network’s wallets, containing 10 million of the Fusion […] 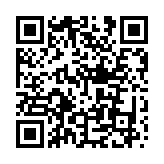