Ripple (XRP) just passed Ethereum (ETH) this morning to take the second-largest cryptocurrency spot. Except, a few hours later Ethereum enthusiasts shot back and Ethereum re-gained its #2 spot. Ripple (XRP) Comeback XRP is among the group of worst performing cryptocurrencies this year, but it seems to be making a comeback. In the summer, it … END_OF_DOCUMENT_TOKEN_TO_BE_REPLACED

Mainstream media has recently been sparking the question, “is Ethereum (ETH) dead?” Most journalists running these stories were referring to Ether or ETH, the digital token that runs on the Ethereum network. Ethereum (ETH) Dead? The reason the questions were prompted most likely had to do with ETH hitting 2018 lows recently. Most of the … END_OF_DOCUMENT_TOKEN_TO_BE_REPLACED 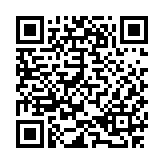