Spanish banking giant Santander (NYSE:SAN) has announced today that it has become the first bank to use blockchain to manage a bond issue. The bank reportedly issued $20 million USD worth of bonds on the Ethereum blockchain, where it will remain until the end of its one-year maturity. As part of the transaction, Santander used … END_OF_DOCUMENT_TOKEN_TO_BE_REPLACED

Ethereum is now firmly established as the cryptocurrency with the second biggest market cap after Bitcoin, and more good news could be on the way for the coin if recent reports regarding CTFC approval of Ethereum futures are to be believed. According to a report from Coindesk, the United States Commodity Futures Trading Commission could … END_OF_DOCUMENT_TOKEN_TO_BE_REPLACED

Ethereum 2.0 is closely approaching. The blockchain project has just launched its first pre-release for phase zero of the network’s transition to the new and improved Ethereum (ETH). Yesterday, Ethereum published a new post on its Github releasing the details of the pre-release. Ethereum 2.0 The new post explains: “[This] marks the first release in … END_OF_DOCUMENT_TOKEN_TO_BE_REPLACED 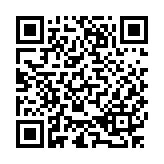