Ethereum (ETH) price has continued to fall after a dreadful weekend, which saw the price drop to around $198, wiping out last week’s gains. The cryptocurrency is currently trading slightly above the $200 support level and faces a nervy week in which it could drop as low as $170. Ethereum Drops to $200 as Crypto … END_OF_DOCUMENT_TOKEN_TO_BE_REPLACED

Former Ethereum developer Virgil Griffith has pleaded not guilty to conspiracy charges filed against him by the US Attorney’s office in relation to a speech he gave at a blockchain conference in North Korea in April 2019. Griffith was arrested on Thanksgiving at Los Angeles International Airport after the FBI alleged that he breached the … END_OF_DOCUMENT_TOKEN_TO_BE_REPLACED 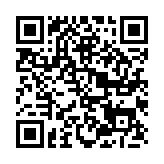