The Libra Association has signed up Canadian e-commerce platform Shopify as its newest member as the troubled crypto project looks to get back on track. Libra has lost several founding members in recent months for a variety of reasons, the most prominent of which was the massive amount of scrutiny leveled at the project. The … END_OF_DOCUMENT_TOKEN_TO_BE_REPLACED

A group of Telegram Open Network (TON) developers, calling themselves “The TON Community Foundation,” have submitted a court document criticizing the SEC’s prosecution of the project. The former messaging app turned blockchain developer has been embroiled in a long-running suit with the United States Securities and Exchanges Commission, which alleges that US$1.7 billion raised from … END_OF_DOCUMENT_TOKEN_TO_BE_REPLACED 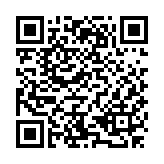