If it wasn’t enough for Binance to be the biggest crypto exchange by trading volume in the world, such is its popularity that it will now launch its own blockchain. Dubbed the ‘Binance Chain’ (give that genius a can of coke), the new blockchain is due to arrive in the “coming months” according to a … END_OF_DOCUMENT_TOKEN_TO_BE_REPLACED

Nobody gets away with fraud in the SEC’s eyes. The latest pair to be hit with SEC charges include pro-boxer Floyd Mayweather and music producer DJ Khaled. SEC Charges Mayweather and Khaled The Securities and Exchange Commission charged the pair with the improper promotion of initial coin offerings or ICOs for cryptocurrencies. Neither party revealed to … END_OF_DOCUMENT_TOKEN_TO_BE_REPLACED

Sirin Labs’ blockchain phone is expected to begin shipping in late December, it was announced today. The phone’s final design was unveiled at an event in Barcelona. Sirin Labs’ Blockchain Phone Dubbed ‘Finney,’ the blockchain phone promises to advance the user experience of decentralized apps, or dApps. The blockchain phone was developed off the back of … END_OF_DOCUMENT_TOKEN_TO_BE_REPLACED 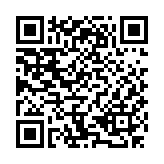