Nasdaq announced Friday that it is in the midst of acquiring Swedish trading solutions provider Cinnober. So why is it important for crypto-enthusiasts that Nasdaq acquiring Cinnober might happen? Well, Nasdaq is Nasdaq—the second-largest stock exchange in the world, but Cinnober is known for its acceptance of digital assets and its involvement in helping institutions … END_OF_DOCUMENT_TOKEN_TO_BE_REPLACED

Yesterday, it was announced that OKEx founder Star Xu had been taken into police custody for fraud allegations. If no substantial evidence was found, Xu would be released from custody in a 24-hour period. According to local news reports, Xu has been released and isn’t pleased. OKEx Founder Strikes Back “I have no fictional facts, … END_OF_DOCUMENT_TOKEN_TO_BE_REPLACED 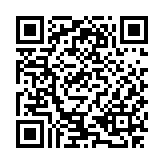