The major US cryptocurrency exchange Coinbase has just announced that it won’t IPO any time soon but will be adding hundreds of more coins in the next year. Coinbase’s President and COO Asiff Hiriji told Bloomberg his company’s plans this morning via Bloomberg TV. Coinbase Denies IPO Yesterday, it was announced that Coinbase is now … END_OF_DOCUMENT_TOKEN_TO_BE_REPLACED

Crypto exchange Coinbase is now valued at over $8 billion after it closed a new $300 million funding round. The US exchange held a Series E investment last week. Coinbase Funding will Enhance Growth Coinbase is one of the world’s largest exchanges by trading volume, and it has been at the fore of the cryptocurrency … END_OF_DOCUMENT_TOKEN_TO_BE_REPLACED 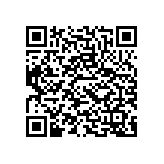