Zachary Coburn, the founder of EtherDelta, has just been charged by the US Securities and Exchange Commission (SEC) with operating an unregistered securities exchange. The SEC released the news via a press release yesterday. EtherDelta Charged According to the report by the SEC, over the course of 18 months, EtherDelta users placed over 3.6 million orders … END_OF_DOCUMENT_TOKEN_TO_BE_REPLACED

The major US cryptocurrency exchange Coinbase has just announced that it won’t IPO any time soon but will be adding hundreds of more coins in the next year. Coinbase’s President and COO Asiff Hiriji told Bloomberg his company’s plans this morning via Bloomberg TV. Coinbase Denies IPO Yesterday, it was announced that Coinbase is now … END_OF_DOCUMENT_TOKEN_TO_BE_REPLACED 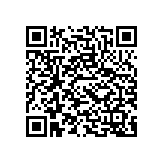