Yesterday, it was announced that OKEx founder Star Xu had been taken into police custody for fraud allegations. If no substantial evidence was found, Xu would be released from custody in a 24-hour period. According to local news reports, Xu has been released and isn’t pleased. OKEx Founder Strikes Back “I have no fictional facts, … END_OF_DOCUMENT_TOKEN_TO_BE_REPLACED 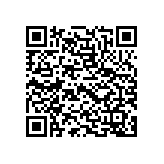