Plans for LINE’s token-powered ecosystem have been unveiled. The messaging app giant from Japan announced its new venture at CoinDesk’s Consensus: Singapore event this morning. LINE’s plans are ambitious; it wants to launch its new system by the end of 2018. Will it do it? LINE’s Token-Powered Ecosystem It can have such ambition because LINE already has more than … END_OF_DOCUMENT_TOKEN_TO_BE_REPLACED

According to a crypto jacking report published by the Cyber Threat Alliance (CTA), crypto mining malware infections are up nearly 500% in 2018. Crypto Mining Malware Report The threat of illicit cryptocurrency mining represents an increasingly common cybersecurity risk of enterprises and individuals. According to the report, the CTA found that malware detections were up 459% … END_OF_DOCUMENT_TOKEN_TO_BE_REPLACED

Japan just received some crypto-positive news, as a Chinese blockchain company just unveiled it’s working on a yen-backed cryptocurrency. Crypto in Japan has always been widely accepted, but it is quite the opposite in China—the country went as far as to create its own cryptocurrency firewall. The South China Morning Post reported this morning that Grandshores … END_OF_DOCUMENT_TOKEN_TO_BE_REPLACED 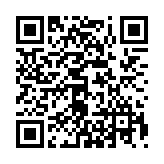