Wu Xiaoling highlighted the benefits of the Bitcoin network and highlighted some of the weaknesses it faces nowadays. The former vice president of the People’s Bank of China, or PBoC, Wu Xiaoling, praised what she calls a “commercial success” for Bitcoin (BTC) on June 5. These kind words come despite a number of vital weaknesses […] 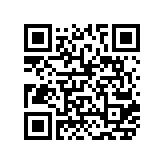