The US Healthcare system may finally be taking steps in the right direction. Aetna recently announced that it has joined a newly formed blockchain alliance, along with Ascension. Five other healthcare giants in the US are already piloting blockchain technology. Blockchain Technology for Healthcare Humana, Multiplan, UnitedHealth Group’s Optum, Quest Diagnostics, and UnitedHealthcare are all … END_OF_DOCUMENT_TOKEN_TO_BE_REPLACED

South Korea has just become the first East Asian country to legalize medical marijuana. But it may be the second to put voting on the blockchain. Japan is already trialing the technology to allow citizens to cast votes on “social contribution projects.” South Korea has been an advocate of blockchain technology though it has a … END_OF_DOCUMENT_TOKEN_TO_BE_REPLACED

The head of Russia’s Sberbank has set tongues wagging after he emerged bullish about the future of blockchain adoption. CEO Herman Gref is forecasting industrial scale adoption in as little as one or two years. Blockchain Adoption Gref believes the technology is on the cusp of entering the industrial development stage of its evolution. Speaking to … END_OF_DOCUMENT_TOKEN_TO_BE_REPLACED 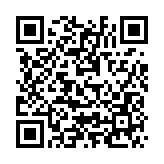