Controversial cryptocurrency exchange Bitfinex and its sister stablecoin issuer Tether have had a lawsuit against them withdrawn by two plaintiffs and re-filed with the addition of a new plaintiff. The two companies were accused of creating “the largest bubble in human history” in a lawsuit filed in New York in October, which alleged that Bitfinex … END_OF_DOCUMENT_TOKEN_TO_BE_REPLACED

Bitfinex and its sister stablecoin issuer Tether have been handed another lawsuit alleging both firms manipulated the crypto market, following a similar such suit last month in New York, which claimed the companies created “the largest bubble in human history.” The second suit has been filed by Eric Young and Adam Kurtz at the district … END_OF_DOCUMENT_TOKEN_TO_BE_REPLACED 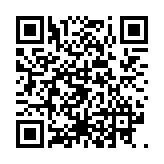