Europol indicated that on Wednesday the Dutch Fiscal Information and Investigation Service had seized Bestmixer.io which is a bitcoin transaction mixer. A statement from Europol referred to the action as the “first law enforcement action of its kind against such a cryptocurrency mixer service.” Europol, FIOD and Luxembourg Authorities Seize Bestmixer.io The operation that was […] 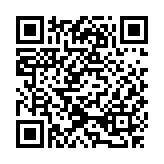