Kik, a Canadian-based cryptocurrency social media startup, has warned the SEC that it would fight back against alleged securities infractions. As first reported by the Wall Street Journal, Kik is fighting back regarding its 2017 initial coin offering (ICO). Kik Fights Back During its ICO, the Canadian-based app company raised almost $100 million in ‘kin’ … END_OF_DOCUMENT_TOKEN_TO_BE_REPLACED

There’s no getting around Denmark’s tax agency, Skattestyrelsen, so don’t even try. The agency is pursuing Denmark crypto taxes with vigor and is leaving no stone left unturned! Denmark Crypto Taxes Skattestyrelsen has confirmed that approximately 2,700 individuals owe taxes on Bitcoin gains, according to a release it made earlier. These individuals reportedly bought and … END_OF_DOCUMENT_TOKEN_TO_BE_REPLACED

It seems China really wants to give cryptocurrencies a hard time. The country has always been strict against the blockchain and crypto industry, and now it’s taking that to another level. Beijing has just declared Security Token Offerings, or STOs, illegal. Beijing Bans STOs So for those who may be unfamiliar, an STO creates an investment … END_OF_DOCUMENT_TOKEN_TO_BE_REPLACED 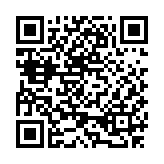