The crypto sphere has been buzzing over the past few days owing to the Bitcoin halving event, but that does not mean that other cryptocurrencies have not been making waves as well. Chainlink (LINK) and Tezos (XTZ) may be two of the smaller cryptocurrencies when it comes to market cap, but both have made noticeable … END_OF_DOCUMENT_TOKEN_TO_BE_REPLACED

An upcoming Indian crypto roadshow has nearly doubled the number of cities it is visiting following the Supreme Courts repealing of the RBI crypto ban. The Indian Crypto Bulls Roadshow describes itself as a not-for-profit initiative that seeks to educate Indian citizens as to the emerging blockchain and cryptocurrency sectors.The roadshow was originally scheduled to … END_OF_DOCUMENT_TOKEN_TO_BE_REPLACED

Tesla (NASDAQ:TSLA) CEO Elon Musk has voiced his support for Dogecoin (DOGE) just a month after offering skeptical remarks regarding the largest cryptocurrency, Bitcoin (BTC). Musk Publicly Endorses Dogecoin Musk, who is a huge fan of DOGE, declared his endorsement for the altcoin on March 3 through a tweet. However, his initial tweet was not … END_OF_DOCUMENT_TOKEN_TO_BE_REPLACED 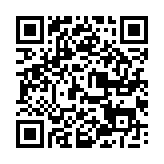