Kik, a Canadian-based cryptocurrency social media startup, has warned the SEC that it would fight back against alleged securities infractions. As first reported by the Wall Street Journal, Kik is fighting back regarding its 2017 initial coin offering (ICO).

During its ICO, the Canadian-based app company raised almost $100 million in ‘kin’ tokens. At the time, the SEC was cracking down hard on ICOs and deeming them as “unregistered securities.” Jay Claton, the SEC Chairman, made a firm stance on ICOs in February of 2018 and said, “I believe every ICO I’ve seen … 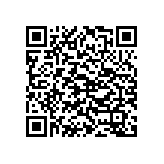