Chinese cryptocurrency mining giant Canaan Creative aims to raise $100 million in its United States initial public offering planned for this month.
Chinese cryptocurrency mining giant Canaan Creative has announced terms for its United States initial public offering (IPO) planned for later this month.On Nov. 13, Renaissance Capital reported that Bitcoin (BTC) mining giant Canaan Creative announced its plans to raise $100 million by offering 10 million American depositary shares (ADS) at a price range from $9 to $11. This would potentially put the company’s overall market value at some $1.6 billion, with an enterprise value of $1.4 billion.An ADS is a U.S. dollar-denominated equity share of a foreign-based company available for purchase on an American stock exchange. First SEC filing for China-based mining firmIn October, Canaan Creative filed with the U.S. Securities and Exchange Commission (SEC) for an IPO intended to raise $400 million, with plans to be listed on the Nasdaq under the ticker CAN. If Canaan is successful, the mining company could become the first China-based mining firm to see public trading in the U.S. As part of its registration to conduct an IPO in the United States, Canaan revealed its Q3 net profit to be 94 million yuan ($13 million). Although the company generated revenue of just over $134 million in the first nine months of 2019, weaker performance early on has still resulted in a total comprehensive income loss of around $31 million.One of three Chinese mining giantsCanaan, which is one of the three major Chinese crypto mining companies alongside Bitmain and Yibang International, previously attempted to launch an IPO in Hong Kong and China, but both attempts failed after regulators pored over their business model and financial outlook. Bitmain, which enjoys a 75% market share of the crypto hardware market worldwide, has likewise tried to complete an IPO, thus far meeting with failure. In October, Bitmain opened what it claimed to be the world’s largest facility for Bitcoin mining in Rockdale, Texas, which was completed thanks to a collaboration with the Rockdale Municipal Development District and Canadian technology firm DMG Blockchain Solutions. 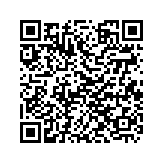