The blockchain industry has the potential to help the world in stopping the climate changes and global warming.
Every week sears a new image of climate change into our collective consciousness. A few decades ago, we heard about ozone holes and ice melting at slightly higher rates than anticipated. Today, the reminders of climate change are more visceral and immediate: California’s hills and forests burn, Venice’s city council chamber floods, and Iceland holds a funeral for a glacier. The United Nations held a global Climate Summit at the end of September last year, though there were real disappointments — with the United States notable for its silence. Political and business leaders alike agreed that more needed to be done and committed to taking real action to combat environmental decline. Everyday citizens around the world approve, as the worldwide climate protests showed. Dozens of industries have parts to play in the struggle against climate change, including blockchain — notorious for running dirty. For many people outside of the tech industry, blockchain is synonymous with cryptocurrencies like Bitcoin (BTC). The Bitcoin chain was the first blockchain designed and deployed, but many new iterations of the technology have appeared in the decade since the first links in the blockchain were assembled.Things have changed, but honesty is important: If blockchain has had a bad reputation with environmentalists for much of its history, it has deserved it. Bitcoin relies on intentionally wasteful calculations for its security encryption. Bitcoin’s pseudonymous creator, Satoshi Nakamoto, wanted to make his ledgers impossible to attack by making the cost of a hack ruinously expensive. He succeeded, but the environment suffered. Related: Green Policy and Crypto Energy Consumption in the EUThe Bitcoin miners who run the calculations producing new coins emit nation-state levels of pollution. Thankfully, most contemporary blockchains do not operate like Bitcoin. New technical protocols like proof-of-stake reduce the processing and electrical power that Bitcoin’s proof-of-work encryption mandates. Post-Satoshi developers have found ways to harness the security, decentralization and safety of blockchain without maiming the environment. So, what can the new blockchains do for the environment? As a paper presented to the European Council for an Energy Efficient Economy, or ECEEE, argued: Blockchain can streamline processes, eliminate wasteful portions of a supply chain, and cut inefficiency-driving middlemen. The authors also call attention to blockchain’s potential for tracking and thereby discouraging environmentally destructive behavior. Utility companies, to take just one example, could use blockchain to prove to consumers that the energy they use derives from clean and sustainable sources, rather than oil, gas and coal. In one case, blockchain helps the environment by stopping unsustainable practices. In the other case, blockchain spurs change by shining light on bad actors. In both scenarios, the world changes for the better. While the ECEEE paper’s lead author, Beatrice Marchi, is affiliated with the University of Brescia, Italy, blockchain for the environment isn’t confined to academic theory. Several firms have already begun applying blockchain principles to environmental goals. AmpleMeter is a community-led blockchain initiative that encourages students, faculty, and staff at universities to save tokens. Though it began on-campus, there are few reasons it cannot spread elsewhere. If we look further afield, we find Australia’s Mobi, an environmentally conscious ridesharing app that incorporates blockchain. And there’s even an active utilities program that uses blockchain: SolarCoin is a decentralized reward program that incentivizes energy providers to earn blockchain-based digital tokens.AmpleMeter, Mobi and SolarCoin are among the first projects to use distributed ledgers and blockchains to address the most pressing issue of our time; they will not be the last. More than half of Americans believe that climate change is a major threat, and people all over the world are especially concerned, as the global climate strikers showed this year. Blockchain is a young technology that offers new solutions to the problem. Climate change is accelerating, but so too are the efforts to combat it. The blockchain industry has the chance to play a vital role in this great drama. I’m happy that innovators have already begun efforts to change the world for the better. I look forward to seeing what they will do in the months and years ahead. I expect great things.The views, thoughts and opinions expressed here are the author’s alone and do not necessarily reflect or represent the views and opinions of Cointelegraph.David Mansell is the co-founder and director of NEM Ventures, the venture capital and investments arm of the NEM blockchain ecosystem. David has more than 20 years in project and operational environments at a senior and strategic level, with a strong focus on driving delivery, creative solutions and leveraging his deep commercial network worldwide. With broad experience in the origination and execution of investment between private and public entities, David has identified new business opportunities, researched market conditions and developments, and managed personnel across business sectors. David has also worked extensively in the energy supply sector as Portfolio Director of Bristol Energy and Project Director of Energy World Group. 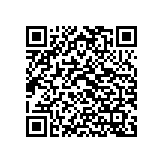