Crypto derivatives giant BitMEX announced it would be launching corporate services for customers at the exchange.
Hong Kong-based cryptocurrency derivatives exchange BitMEX is launching a new program with benefits for its corporate clients including enhanced security service, and accounting.According to a June 22 announcement on BitMEX’s support page, the exchange is launching a new program for corporate customers, BitMEX Corporate. Accounts on the crypto exchange that are not owned and operated by an individual can now ensure their BitMEX holdings are the legal property of a corporation.BitMEX said the new features were created for clients who need “different ownership structures for their accounts”, the means for their employees to access and manage accounts, and security requirements. However, the announcement also stated that options like multi-user login and instant transfers between accounts would be available later in 2020.Still mired in controversyThough BitMEX remains one of the largest derivatives exchanges in the world, many members of the crypto community have been saying they are losing confidence in it. Cointelegraph reported in March that when the exchange went offline for nearly 25 minutes during the crypto bloodbath, many users were not swayed by BitMEX’s explanation of “a hardware issue with [its] cloud service provider.” In addition, the derivatives giant is facing a new lawsuit in which its executives are accused of racketeering, money laundering, wire fraud, and unlicensed money transmissions.Crypto Twitter users were quick to respond to the official announcement from BitMEX with some skepticism.“Isn’t it too late, guys?” Twitter user call_aka_911 said, referring to the BitMEX Corporate news. Others including user 24Based were more blunt: “Retail is gone from your exchange, now you have to try to scam corporate’s with overload?” 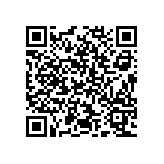