Investors fear that the upcoming Bitcoin halving is in peril after last month’s 50% drop but blockchain data from CryptoQuant shows miners remain strong going into May.
Approximately 4-weeks ago global equities markets were in distress as investors finally realized that the coronavirus was not just an illness restricted to China, but rather a global pandemic which could permanently damage economics across the globe. Crypto markets were not shielded from the mayhem that led the S&P 500 and Dow to post some of the biggest losses since the 2008 global financial crisis and investors will recall that on March 13 Bitcoin (BTC) price dropped more than 50% in the span of 24-hours. To date, the volatility and fear within financial markets remain and the future forecast for equities markets is still gloomy but some investors are at least beginning to feel that the absolute worst has passed. As is customary in the crypto sector, when a catastrophic event occurs, analysts, traders, soothsayers and crypto Twitter personalities peer through the dust and rubble in an attempt to piece together a clearer picture of ‘what happened’. Bitcoin investors will recall that a cascading waterfall of liquidations across multiple crypto exchanges offering margin trading and derivatives leads the price of the digital asset to quickly collapse. BitMEX Cumulative Long Liquidation Value. Source: Skew, Multicoin CapitalAt BitMEX alone, $1.6 billion in leveraged long positions were liquidated and hundreds of millions of dollars were wiped from Bitcoin’s market cap. Many investors, along with a hedge fund were virtually wiped out in the course of a day. The narrative that the crash was the result of the correlation between Bitcoin and equities markets, along with liquidations on leveraged positions on crypto derivatives exchanges seems to have been accepted by the majority of investors, but there is growing concern that Bitcoin’s drop to $3,750 may have also negatively impacted miners. Investors are curious as to whether the current prices are below miner’s profitability margins and if the upcoming halving event will incentivize or discourage miners as Bitcoin prices are already far below the projected price estimates for April 2020.  To gain further insight into this matter, Cointelegraph spoke with Joe Nemelka, a data analyst at blockchain analytics provider, CryptoQuant.  Cointelegraph: Are investors right to be worried about the state of Bitcoin miners after the March 13 collapse to $3,775? There are also murmurs that miners could have played a role in catalyzing the 50% price drop. What are your thoughts on this? Joe Nemelka: As miners are one of the biggest players in the ecosystem when they are selling more in relation to other players, it would indicate capitulation and some sort of incoming volatility. This move could be to the downside as miners selling off pushes through demand. It could also push the price up as the last unprofitable miners leave and only profitable miners are left, thus drastically decreasing selling pressure.Miner to Exchange Flow Percentage. Source: CryptoQuantAs shown by the chart above, when this metric is low, it indicates a turn in price. We see this take place in Feb. 2018, Aug. 2018, Nov. 2018, Dec. 2018, April 2019, July 2019, Oct. 2019, and Feb. 2020. Each of these instances signaled a change in direction of the trend.Miner to exchange flow percentage. Source: CryptoQuantAnother interesting insight is that miners percentage of exchange inflows hit an all-time low (all time being since the start of our miner data in 2016) This was .02. It seems to mean that miners are, at least for the time being still doing relatively ok when it comes to sustaining operations through this drop in price.BTC flows from all miners into all exchanges. Source: CryptoQuantThis idea that miners are doing ok looks even more true when looking at the raw miner outflows. Although they were high, they weren’t significantly high compared to any previous period.BTC inflows into all exchanges. Source: CryptoQuantComparing that to exchange inflows, we see that exchange inflows had record all-time highs, being nearly triple previous highs. This means that lots of Bitcoin, more than any time in the previous few years, went into exchanges.The significance of this is that Bitcoin going into exchanges is a way to measure desire to sell and as we can see, desire to sell was relatively the highest we have ever seen.In crypto terms, one way to look at this would be that it seems the weak hands have sold.Thus, it seems that based on our data that the main miners, at least for now, have significant enough cash reserves to maintain their operations until the halving, barring another significant drop in price.CT: Does this take into account things like borrowed funds, operation costs, fiat and crypto loans? From your view, what is the break-even price for miners?JN: Well, that’s a bit harder to pinpoint but I like to reference Charles Edwards’ Bitcoin production cost data as it gives you a band that has pure electricity cost (the bottom) and electricity + overhead (the top). BTC USD daily chart. Source: TradingViewI would put the break-even price between $7,500 and $8,000 for a typical mining outlet right now. The biggest things that will change this are, obviously, the halving and mining hardware. As older, inefficient (S9, S11, similar models) go offline and newer miners take up more hashrate, it might ease the burden on miners. 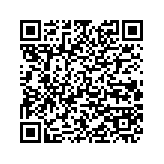