Bitcoin price continues to rally higher as bulls launched a high volume assault on the $9,500 resistance level today.
Bitcoin (BTC) price has rallied to $9,439 and bulls have again shown that they have no intention of letting the crypto market’s most valuable asset stay below the $9K mark. Bitcoin daily price chart. Source: Coin360Earlier in the day Bitcoin’s price dropped below $9,000 to a daily low at $8,879, which led some analysts to issue dismayed calls for a revisit and consolidation around the $8,300 to $8,500 range. While the thought of a pullback was the least desired scenario amongst traders, it seems perfectly reasonable given Bitcoin’s robust rally from $8,200 at the start of this week. Previously Cointelegraph contributor Michaël van de Poppe explained that after key overhead resistance levels are broken, assets often need to retrace to the support before resuming an uptrend. Thus, as shown by the Crypto Fear and Greed Index, today’s move below $9,000 had not weighed too heavily on trading sentiment.Bitcoin’s Fear and Greed Index. Source: alternative.meThe hourly chart shows that the most recent surge to $9,439 was propelled by a high volume spike and the following sell volume candle shows that the 3.4% move triggered a block of sell orders from traders anticipating that $9,500 would present staunch resistance.BTC USD 1-hour chart. Source: TradingViewSince working its way up from $6,400 on Dec. 18, 2019, Bitcoin has done a good job of flipping strong resistance to new levels of support. Most recently $8,600 was flipped to support, and today’s move may have turned $9,200 to a new level of support. Now that a 2020 higher-high has been set, traders will be watching to see if bulls push higher to flip $9,400 to support which would set a good foundation for Bitcoin to make a fresh attempt at $9,600 and $9,948. BTC USD 6-hour chart. Source: TradingViewAt the time of writing both the 4 and 6-hour timeframe are showing a tweezer top candlestick pattern which typically hints at a price reversal. The relative strength index (RSI) has also reversed course dropping lower in the overbought region. In the event that traders book profit and Bitocin price experiences a mild correction, we will watch to see if the underlying supports at $9,100, $8,900, $8,650 hold up. BTC USD 6-hour chart. Source: TradingViewCurrently, Bitcoin price has popped above the upper Bollinger Band arm right near the tweezer top. After strong upside moves, it’s not unusual for the price to retrace to the moving average of the Bollinger Band indicator.If $9,100 and $8,900 fail to function as support, traders might look for a bounce at this moving average which is aligned with the $8,650 support. Bitcoin daily price chart. Source: Coin360The overall cryptocurrency market cap now stands at $256.2 billion and Bitcoin’s dominance rate is 66.3%. Notable gainers amongst altcoins were Cardano (ADA) with a 9.70% gain, Ethereum Classic (ETC) which rallied 10.18%, and IOTA (MIOTA) which notched a 15.92% gain.Keep track of top crypto markets in real time here 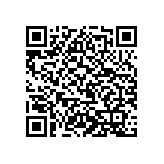