Eligible residents of Florida can now register to use the Binance.US digital asset marketplace.
Binance.US, the United States branch of major crypto exchange Binance, just announced it would be making its services available to Florida residents.According to an Aug. 24 update on the Binance.US website, the digital asset marketplace will now be allowing Floridians to buy, trade, and earn digital assets. As of this writing, Binance.US has not yet removed Florida from the list of states in which its services can legally be used, which includes Alabama, Alaska, Connecticut, Georgia, Hawaii, Idaho, Louisiana, New York, North Carolina, Texas, Vermont, and Washington.Binance.US CEO Catherine Coley also announced the expansion of the site’s services on Twitter, stating “Florida woman brings crypto marketplace to home state.” Coley grew up in Orlando.The addition of Florida makes it the 38th eligible state for residents to use Binance.US since the marketplace opened account registration in the United States in September 2019 — though its services are also available in some U.S. territories like Puerto Rico. Roughly 12.3 million people over the age of 18 reside in the Sunshine State. 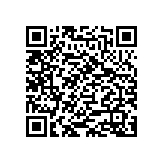