A look into DeFi versus ICOs as another year passes for Ethereum. The Ethereum network has just turned five years old. Although the project was first announced at the North American Bitcoin Conference in January 2014, its genesis block was only mined on July 30, 2015. Since then, Ether (ETH) has become the dominating altcoin … END_OF_DOCUMENT_TOKEN_TO_BE_REPLACED 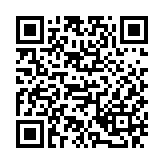