Atari have partnered with WAX in their latest move in the blockchain space, two months before a planned Atari token public offering.
Atari has partnered with WAX blockchain to bring their video games onto the blockchain in the form of Non-Fungible Tokens (NFTs).The brief announcement on Twitter followed news earlier this week that Atari CEO Frederic Chesnais had joined the WAX Advisory Board, joining Google, Microsoft, Marvel Games, Magic Leap, and William Shatner as the other members.“We’re excited to finally unveil our latest partnership with @WAX_io! With this collaboration, Atari is bringing its legendary #videogames further into the vastly expanding world of #blockchain and #NFTs.”Atari is really into blockchain Atari is of course most well known as the developer of classic video games such as Pong, Space Invaders, Tetris and Pac Man. The company has been seriously getting into blockchain over the last two years, with their sights set on bringing two popular mobile games, RollerCoaster Tycoon Touch (19 million downloads) and Goon Squad onto the blockchain.Earlier this year, Atari partnered with blockchain powered virtual world The Sandbox (TSB) to create an Atari-themed virtual theme park. TSB has already sold over $1 million of virtual land over three major pre-sales, the most recent of which sold out in five hours and netted 3,400 ETH ($800,000). Land near the Atari park has sold at a premium.Atari has also been developing two crypto assets: the Pong and Atari tokens — the latter of which will be used across the platform with priority given to online casinos. In June, it announced that the Atari token will also be used for gaming and shopping in addition to betting through a partnership with Unikrn. In March, the company held a successful equity round raising $3.71 million and will hold a public offering of the Atari token, scheduled for September this year.Blockchain partnerships are the in thing againHost of CNBC Trader Ran Neuner retweeted the announcement with WAX pointing out that Traditional companies are starting to position themselves with blockchain companies in order to improve brand image: “I love this. Instead of @WAX_io  announcing a partnership with @atari, @atari is announcing a partnership with a blockchain company! More of this please!” 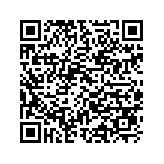