Coinbase noted that it might be forced to drop DApp browsing functionality from its mobile wallet to abide by Apple’s guidelines.
After Google removed Ethereum-based decentralized application (DApp) browser MetaMask from its Android application store, Apple may now force Coinbase to remove the DApp browser feature from its crypto wallet application.According to a Reddit post published on Dec. 28, United States-based cryptocurrency exchange Coinbase warned its users that in order to comply with Apple’s mobile App Store policy, it might be forced to remove the DApp browser feature from its wallet application. Coinbase CEO Brian Armstrong commented on the post:“Coinbase CEO here. This is really unfortunate to see. Apple seems to be eliminating usage of Dapps from the App Store. […] Presumably this would extend to other wallets as well (Trust, Argent, Metamask) it’s beyond Coinbase and IMO a very big threat to the ecosystem.”Armstrong also said that users interested in using DApps on Apple’s mobile devices might need to ask Apple to allow such applications. He continued:“This is an important area of innovation in finance, and many developers and early adopters of this technology have millions of dollars worth of crypto tied up in these financial applications, which they will no longer be able to use on Apple mobile devices if this app store policy continues.”Coordinated action against cryptoAs mentioned above, the news comes shortly after Google banned Ethereum wallet and DApp browser MetaMask from its Android application distribution platform Google Play.The project’s team noted that the reason provided for the app removal is the policy against mobile mining, which the software in question purportedly did not allow for.MetaMask’s appeal to the decision has also been rejected. The firm noted in a tweet at the time:“The appeal rejection cited the same policy: No mining on @Android. We don’t.”Cryptocurrency Influencer Omar Bham suggested that the moves are supposed to protect the firms’ businesses against potential decentralized competitors. He said in a tweet sent on Dec. 28:“Web3 is in direct competition with Google & Apple. We should expect continued censorship on MetaMask, Coinbase, & other dapp browsers.”On Dec. 23, cryptocurrency influencers started claiming that Google’s user video streaming platform YouTube started censoring their content. After major personalities in the space started speaking up, the platform reinstated some of the content, but many of the YouTubers affected noted that their videos were not restored.Two days later, YouTube restored more of the content and the firm’s team said in a tweet that the initial issue happened due to an error in the review process.A crypto influencer confirmed that warnings set on his YouTube account and most of the other’s censored influencers have been removed. As Cointelegraph reported, many of the content creators turned to decentralized content sharing platforms after the incident. 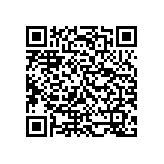