ABCC cryptocurrency exchange has partnered with the ninth largest cryptocurrency Tron (TRX), according to a tweet posted Jan. 15. Tron’s founder and CEO Justin Sun subsequently confirmed the news on Twitter.

As per the announcement, the partnership has made ABCC the first crypto exchange to list tokens based on Tron’s TRC10 technical standard.

The announcement was made a few days after the exchange first revealed that its was in the process of adding support for tokens based on both the TRC10 and TRC20 standards.

According to Tron’s guide for developers, TRC10 is a technical standard for tokens that are supported by the crytpocurrency’s native blockchain without the deployment of the Tron Virtual Machine (TVM).

On the other hand, TRC‌20 is a technical standard used for smart contracts that implement tokens with the TVM. It is also fully compatible with Ethereum’s (ETH) ERC‌-20 standard tokens.

In December 2018, Tron’s CEO Justin Sun said that the company will build a fund to rescue Ethereum and EOS developers from what he called the collapse of their respective platforms.

More recently, former chief strategy officer of BitTorrent argued that Tron will be unable to handle the necessary transaction volume needed to tokenize the torrent client. Having acquired BitTorrent in July 2018, Tron used its own protocol to launch a cryptocurrency token for the platform dubbed “BTT” in early January this year.

As of press time, Tron’s native token TRX is ranked as the ninth largest cryptocurrency by market cap, which is at around $1.63 billion. The coin is trading at around $0.03, down more than 5 percent on the day, according to data from CoinMarketCap. 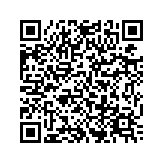